Every year RALF RINGER releases published two collections of men's, women's, and: & nbsp; «Spring-Summer" and "Autumn-Winter". The company has three own factories - in & nbsp; Moscow, Vladimir, Zaraysk, Russia's largest distribution network (more than 1,700 points of sale, including more than 120 stores branded retail network) and one of the most recognizable in the Russian footwear brand.

Production capacity of RALF RINGER equipped with the most modern technological equipment. Apply the best materials, components and technologies. In addition, RALF RINGER - the most titled Russian footwear brand. Among the numerous awards: «BEST RUSSIAN BRANDS», «Superbrand", "National Brand", "Russian Quality" and "gold" of the contest "Brand of the Year / EFFIE». But, the most important award - the positive feedback of customers who come back to the & nbsp; to us for re-purchase again and again 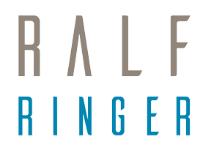